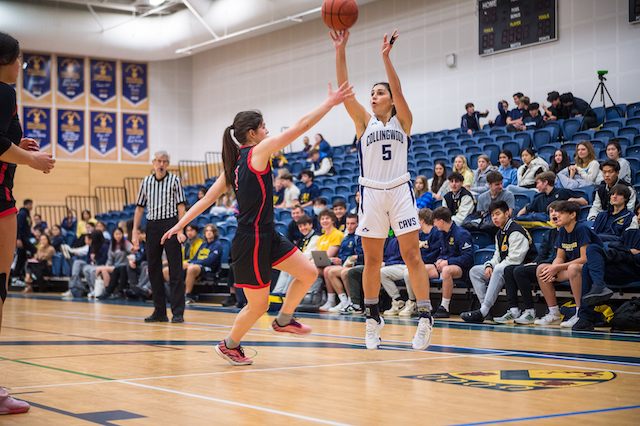 After a two-year hiatus due to the pandemic, the Cav Classic is back with a blast this year.  Both the boys and girls' draws are loaded with top-ten ranked teams.  It promises to be one of the most competitive tournaments in the event's illustrious history.

The senior girls tipped the tournament off with a game against Carson Graham.  The Cavs battled hard all game long but fell just a little short against the Eagles.  Kiana was named Collingwood's Player of the Game.

The senior boys played the second game of the day against a Langley Christian squad that was 14-0.  The Lightning game into the game shooting just over 40% from behind the three-point arc, which is an impressive number in high school ball.  It was this sort of shooting that propelled LCS to a 17-6 early lead.

Coach Wong's boys woke up in the second quarter and their terrific passing and team approach to offence paid huge dividends as the went into the changeroom at halftime up 33-25.

The Cavs continued to play well in the second half and although LCS cut a 12-point deficit down to 3-points late in the game, Collingwood kept their composure and finished strongly for a 74-62 victory.

Alex was named Player of the Game after a tremendous 24-point performance.

Kiana had a fantastic game against Carson Graham and named Player of the Game. 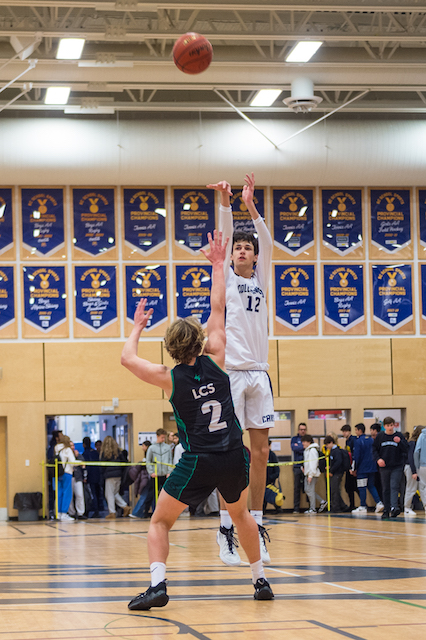 Avi was four for four on three-pointers and an even more important one for one on his "Promposal". 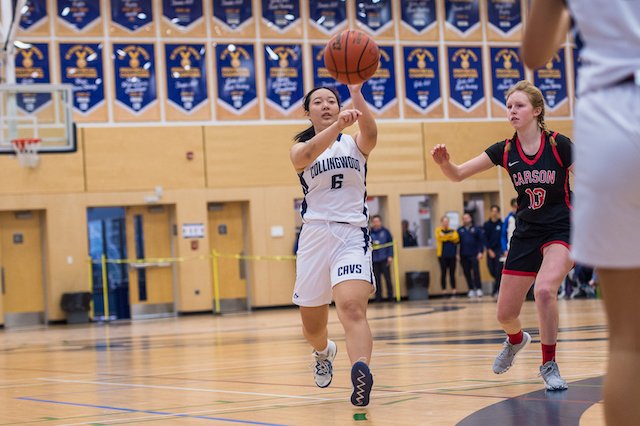 Daisy pushes the ball forward against the Eagles.

James H drives to the basket for 2 of his 18 points. 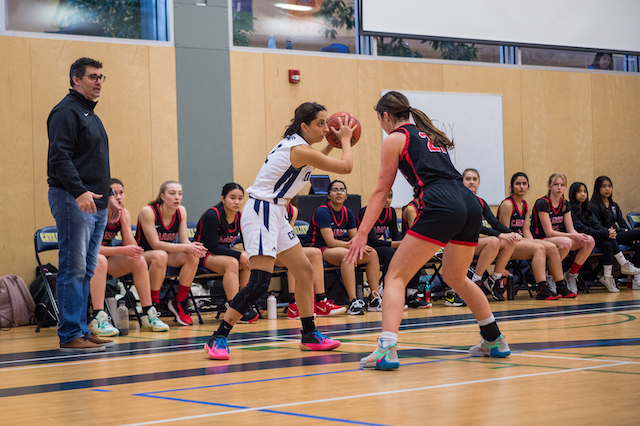 Kavika surveys the scene with the Cavs on the attack. 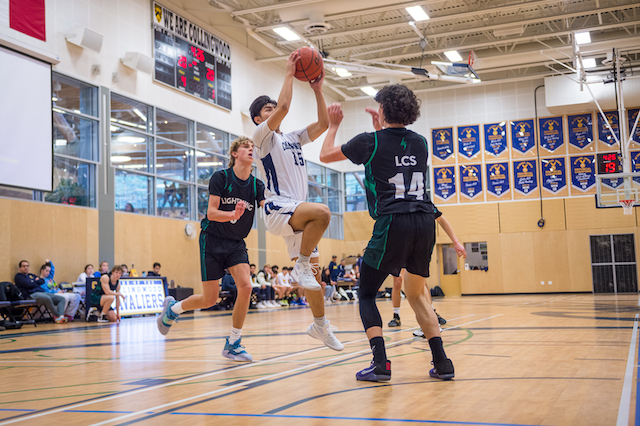 Alex led all scorers with 24 points but it was his impressive defensive performance that sealed his Player of the Game award.