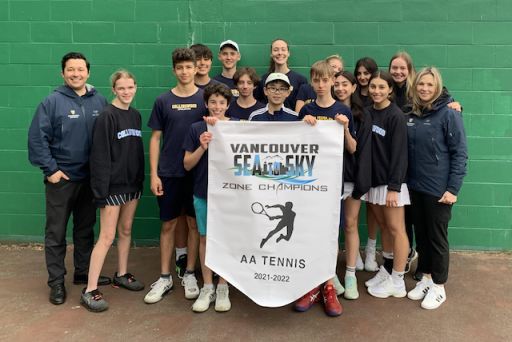 There are few things you can count on in life, but one of the certainties is that Collingwood's senior tennis team will always rise to occasion.  This was the case yesterday as the new-look team defeated Vancouver's Magee Secondary to win the first ever Vancouver Sea To Sky AA Tennis Championship.  Here is Coach Wong's report:

Collingwood won a nail-biting championship final, 6-5, to earn the Sea To Sky AA Banner against a formidable Magee opponent. This is the first year that BC High School Tennis is playing in the new Sea To Sky Zone. The zone spans from Whistler to UBC. It also was the first time Collingwood has played Magee, who were the AAA Provincial Runner-Ups the last time the Provincial Championships were held. The match was held at Prince of Wales Secondary School.

Niko Panagiotopoulos played singles, earning a 6-1 win. Roan Priatel and Neil Zhao played against some of the top competition in BC to win their two doubles matches, and Ewan Robertson and Michael Botti continued their solid play, winning one of two matches.

The match of the day was Nina Kovacevic's come from behind singles win. Down 4-0, she showed a relentless determination that makes her one of the top athletes in BC, as she clawed back to a 6-5 (7-0) win. The victory was pivotal in sealing the team win. Tara Danaei and Kiana Shahbazi earned the final Collingwood win, with a 6-2 score.

With the winner, Collingwood will be the #1 Sea to Sky Seed at the upcoming BC Provincials – May 26th-28th at Queen Elizabeth Park. Collingwood will also be playing Sentinel next week for the North Shore Banner. 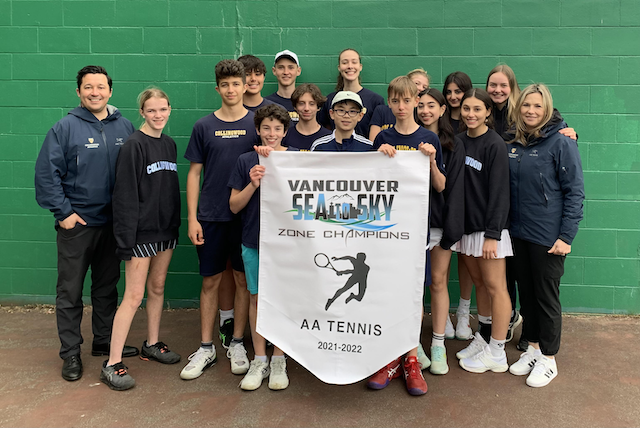 The tennis team celebrates bringing another banner back to Collingwood. 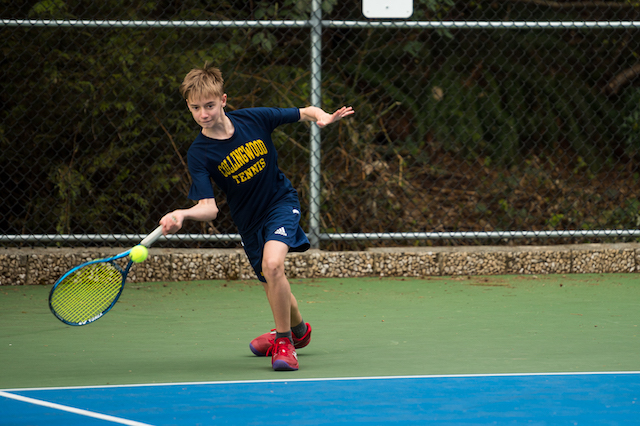 Ewan Robertson in action earlier this year.  The Robertson household is full of BC AA Tennis gold medals thanks to Ewan's older brothers Conor and Lachlan.  Ewan will be looking to surpass his siblings in the years to come.