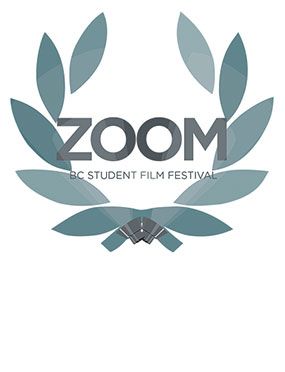 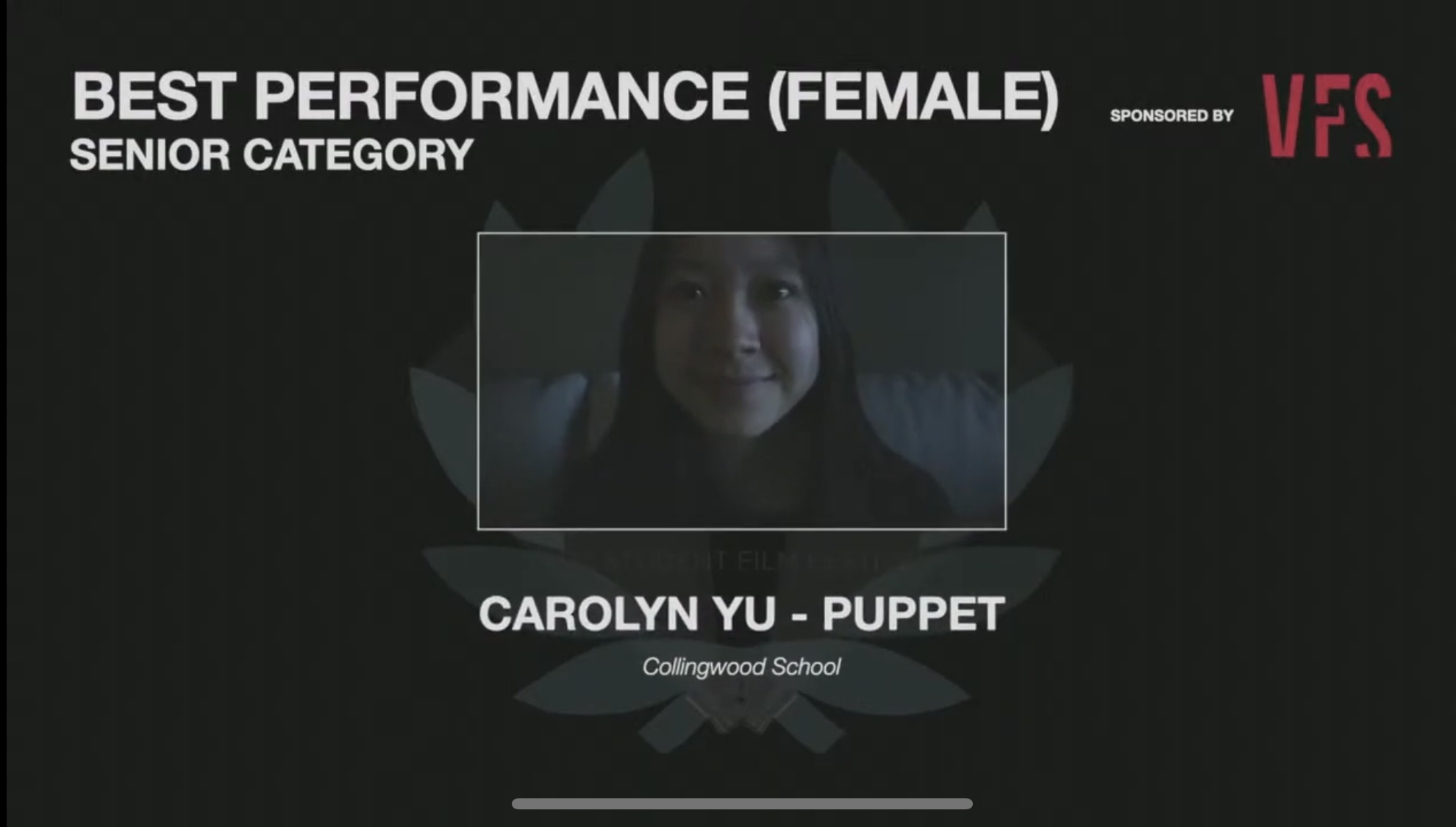 Carolyn Y. won Best Performance(female) in the Senior Category at this weekend's Zoomfest awards for her role in Puppet directed by Jessica Z.

The judge's panels is composed of a variety of film industry professionals and educators and the competition is always tough. Congratulations!! 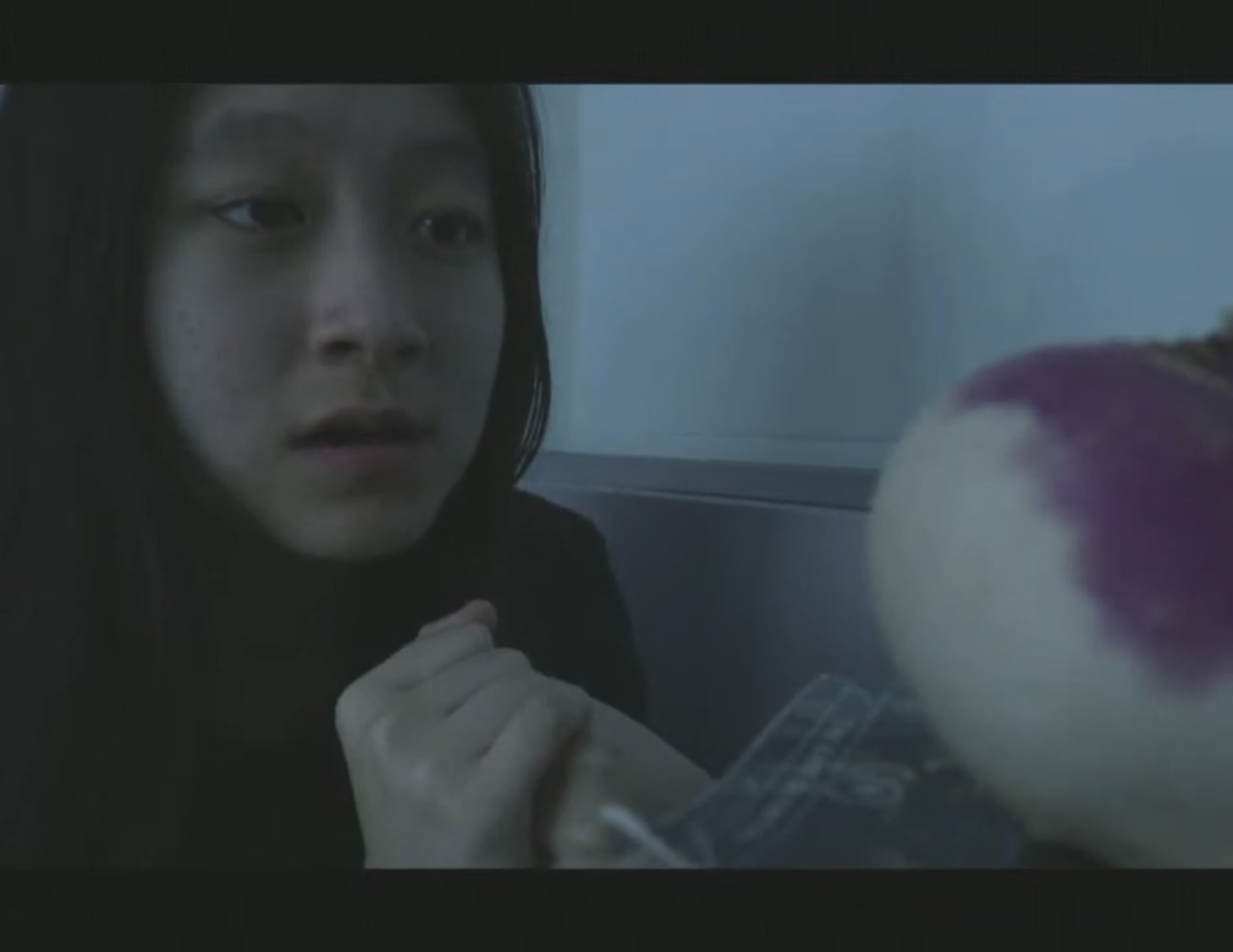 Zoomfest is a B.C.-wide film contest that our students have been participating in for six years now. We started with one team in 2015 and are now up to 3 full teams of 6-7 students on each squad. This year's theme was: Redemption. The prop: A Turnip. Check out these films here to see how our Film Club students were able to incorporate these elements into their screenplays, produce and edit a final cut.