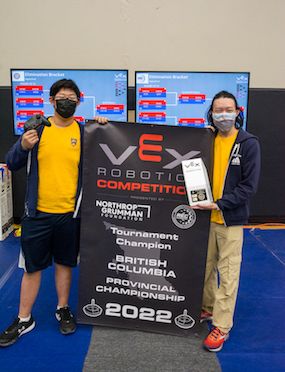 We had two Middle School and three Senior school teams competing at the recent Middle and High School Robotics Provincial Championships, hosted at the Langley Events Centre. We are pleased to report that two teams successfully qualified for Worlds!

9594A, which is made up of Abereena, Rasta, Eric, Tommy and Jungyoon, qualified for the Middle School World Championships by making it all the way to the Provincial Tournament Finals. They lost a hard-fought final round to the eventual Tournament Champions but making it to the Finals guarantees them a Worlds Berth.

9594S, which is made up of Kevin, Alwyn, Quinn and Dominic, qualified for the High School World Championships by WINNING the whole tournament and becoming TOURNAMENT CHAMPIONS! In addition to winning, 9594S was also awarded the Build Award for best robot construction.

This is Collingwood's first Worlds team in 5 years but more impressively, this is the first time we have ever qualified a team (let alone two) through tournament play. Our past Worlds team made it through the Skills ranking and were offered a spot.

Ask these kids in the hallway to describe the madness of the final rounds. It was truly amazing. 9594A went into the playoffs as one of the lowest-ranked alliance pairs and proceeded to beat every team ranked above them.

9594S was competing against teams that are ranked in the top 50 in the world, one of them is 7th, in the skills rankings and managed to win all the way through to the Championship.

Other teams involved were:

Congratulations to our Robotics kids. It has been an amazing season – and it's not over yet! 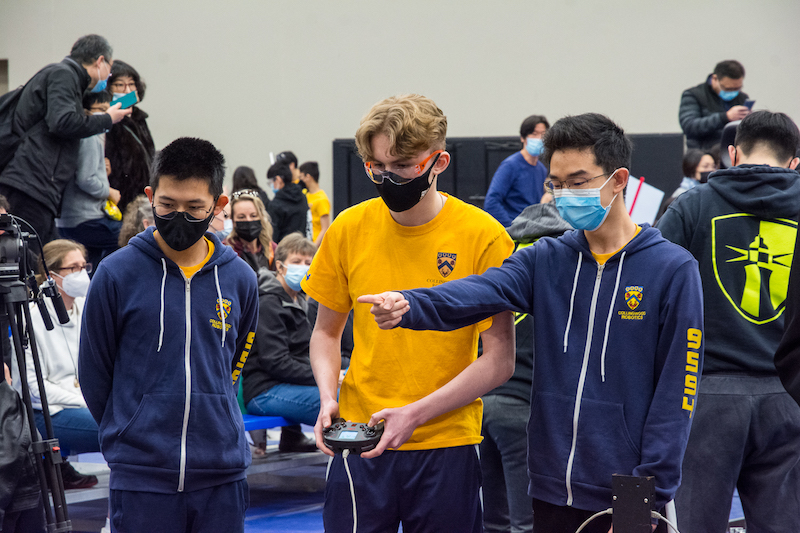 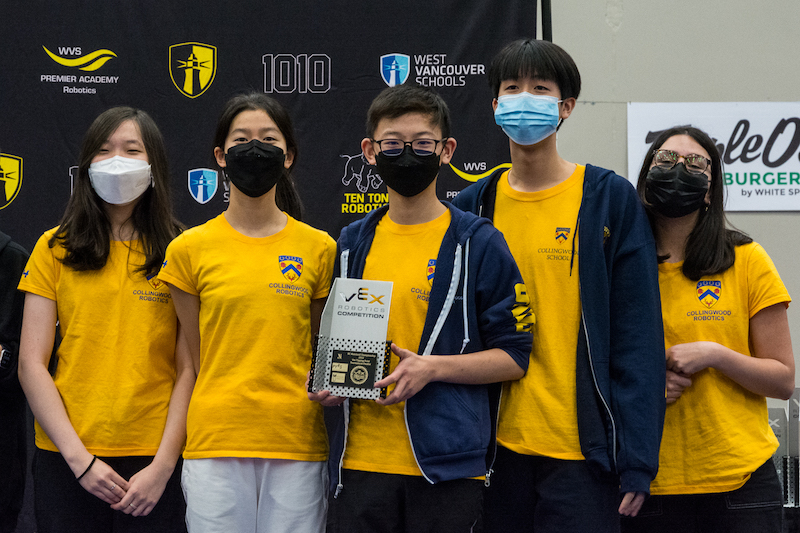 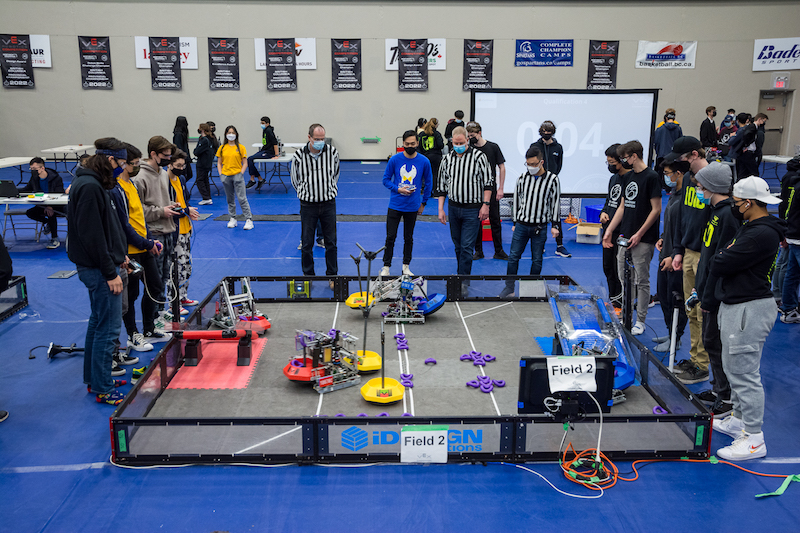 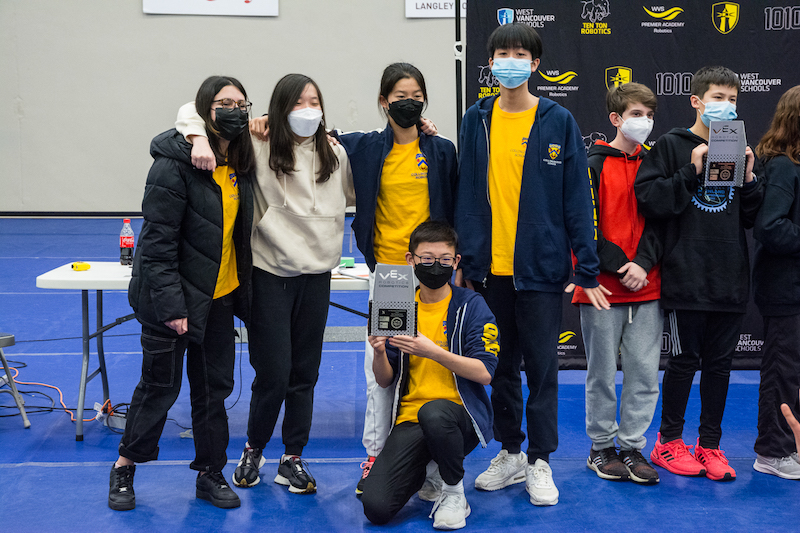