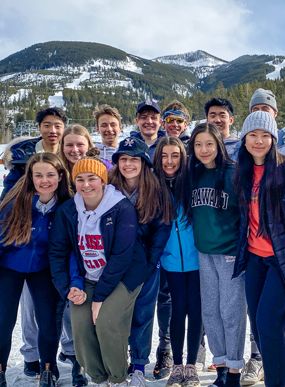 The results are in!!

Congratulations to our Collingwood School Alpine Team - way to go!!

We are happy to announce that the Alpine Team WON the Combined Girls and Boys Ski Banner this year!

Sam Fuller – won both races as well as the individual overall (he won the GS by a whopping 4.5 seconds!) He is currently away competing at nationals but if you see him in the halls after spring break, please congratulate him! He was absolutely outstanding

Jamie Border – got the bronze medal in the Terrain GS. She was impressively tenacious and broke the Border curse of coming 4th!

Girls Skiing placed second behind a VERY competitive Invermere team who was stacked with 4 of the top ski racers this province has seen in a while.