Kelsey Smart 04 is working to better the lives of those in need by volunteering as a Puppy-Raiser with PADS (Pacific Assistance Dogs Society). Kelsey just finished raising PADS puppy-in-training Arrow before he goes into Advanced Training. She had Arrow with her from 2 months of age to a year and a half. Puppies-in-training have full public access with their PADS vests, just as fully trained service dogs do, so Arrow was her sidekick everywhere from the office to restaurants to airplanes and social gatherings. The next phase of his journey to being a life-changing assistance dog for someone in need is Advanced Training which is several months of full-time professional training on the PADS campus in Burnaby to learn the specific tasks with which his future partner will need assistance -tasks such as opening doors, retrieving items, helping his partner balance when transferring from bed to chairs etc. After Arrow left for his next stage in life, Kelsey took care of a 10-week-old golden retriever for 1 week. Beckett flew up from Southeastern Guide Dogs on April 13th (just imagine a little golden fluffball wearing a guide dog in training bandana, flying with his handler on the airplane!! So cute!) and needed an interim PADS puppy-raiser until his full-time PADS puppy-raisers finished their training with PADS. It was an adorable week with little Beckett!! Even though it was a short time, he has a piece of her heart and she teared up as she sent him off to his new raisers. He is a very clever, quick learner, and Kelsey thinks PADS will have a successful time with him over the next couple years! 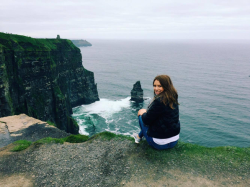 Audrey worked hard to prove that she can do what she sets her mind to. The results are in, and they are shimmering.

Audrey Bicknell graduated just in 2016 but she’s already taken the leap of travelling across the globe away from family and friends. She has planted her flag at the National University of Galway and has begun a six-year journey of studying medicine.

Being a pre-med student, the toughest classes that will push Audrey to be a better doctor are months away, but already Audrey has faced some challenges that have pushed her to become a stronger version of herself. "I feel like I’ve matured being so far away from my family. The eight-hour time difference is a lot, because it’s not till four o’clock in the afternoon that I’m able to call my parents and they’re actually awake." If she could, Audrey would tell her high school self to appreciate her outward surroundings more. "I think I took for granted actually living at home and being with my parents and having all my friends so close...I didn’t appreciate it as much as I should have." However, homesickness isn’t a symptom that seems to be severely afflicting this doctor to be. Audrey has returned home for Christmas and is coming back in summer, her parents have also come to visit her in Ireland.

Abroad, Audrey has been blessedly bestowed complementary Celtic companions. Among other activities such as visiting the Cliffs of Moher, which Audrey describes as "breathtakingly beautiful", this relatively relaxed first year has allowed her a chance to become acquainted with the rest of the pre-med class of eighty, only ten of which are from outside of Ireland. "Everyone in my year is really close. It feels like I’m in high school in a sense because we all go to the same classes together."

Her courses are similar to that of a general science student, and her day sounds fairly similar to that of an average college student. "I usually wake up, have coffee, get ready, go to school...go to classes, have labs, go to the gym, then either go out or stay home." However, there are a few things that make Audrey’s university experience unique. Each day Audrey gets to walk along the Galway coast and catch the sunset, and her courses are slightly different from a student just in Sciences. Her classes include learning about the basics of medicine and spending some time in the hospital, close to her calling which she’s been working towards since she was in grade nine.

Since Audrey’s dad worked from the office at home, for take your kid to work day Audrey went to work with a family friend who was the head doctor at the hospital. After a day of shadowing a doctor in the hospital Audrey returned home enlightened, announcing she wanted to be a doctor. However, Audrey’s fate wasn’t handed to her on a surgical tray. She had to work hard to prove to her parents that she had more than potential, put the passion to give this pursuit a pulse. "My parents said do what you want to do, prove it to us that you can handle it and that you want to do that." Hearing this, Audrey took the challenge and got to work: "So then from grade nine onwards I started volunteering at care centers for the elderly up until grade twelve and then I saved up and went to Tanzania to shadow doctors there, to kind of prove to myself that I could handle it and that I was ready to go into medicine right away."

The trip to Tanzania was through a program called Gap Medics, and Audrey managed to pay for it herself. She was with students mostly from Europe who were getting their resume up to par for direct entry into medical school. The excursion granted Audrey experience in not just the medical field, but in the life-changing sort. "I was in the hospital for six hours a day for two weeks..." tells Audrey "...and saw babies being born, people dying...It was very eye opening."

Given the initiative, courage, and bounty of extra-curricular Audrey explored, when she got accepted to university her parents realized their challenge had been more than fulfilled, and Audrey was deserving to go off and fulfill her dreams.

Her determination has set an excellent example for anyone that is looking for the intrinsic motivation to prove their potential. When asked what advice she’d give students who want to follow in similar footsteps, Audrey offered valuable info on what schools are looking for: "One of the base things is it’s not all about grades… all in all you need to be a good human and have a well-rounded application." She also offered her two cents on how to achieve it: "If you want to do it internationally out of high school, start young with having a really good resume and volunteer weekly at a care center or hospital. Do stuff that proves you can care for others."

Since Audrey started immersing herself in the world of caring for others, she hasn’t looked back. "I really like what I’ve pursued...I was in the hospital within my first semester and just like being with patients, taking histories, and doing basic vitals...it was really interesting...this is what I’m going to be doing in five years. It made me so much more excited to actually be in a hospital!"

No need to worry about losing such a bright young doctor to the Irish Coasts however; "I will always be Canadian at heart. I will never let that go." Even though she says it’s difficult for international students, Audrey hopes to start in a residency in Canada. Fortunately for the last few years Audrey’s university has had a high match rate with Canadian residency programs. Let’s hope she does. For us Canadians, to have Audrey come back from Ireland would be very lucky indeed.

You may think because we speak the same language and access the same internet the difference between us are potato/patata but really the contrast between Ireland in Canada is more potato/poutine. Here’s ten differences, helped picked by the lovely Collingwood alumna, and current Galway girl, Audrey Bicknell:

An alumna in the arts: Skyla Wayryen '14

Skyla Wayrynen is now represented by Le Soleil Gallery in downtown Vancouver at 535 Howe street. Skyla is proud to announce that she will also be exhibiting in Art! Vancouver - an international art fair at the Vancouver Convention Centre. May 25-28th 2017. 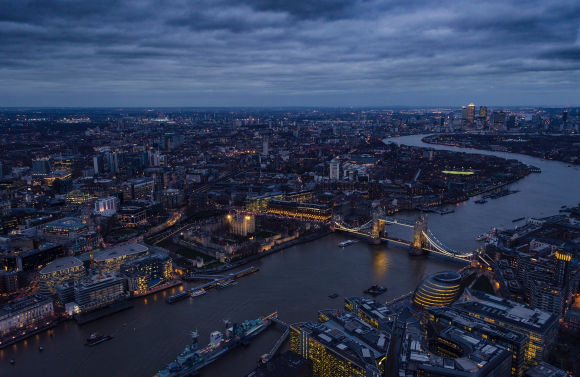 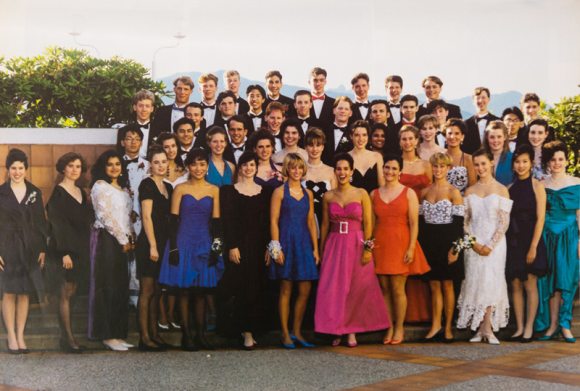 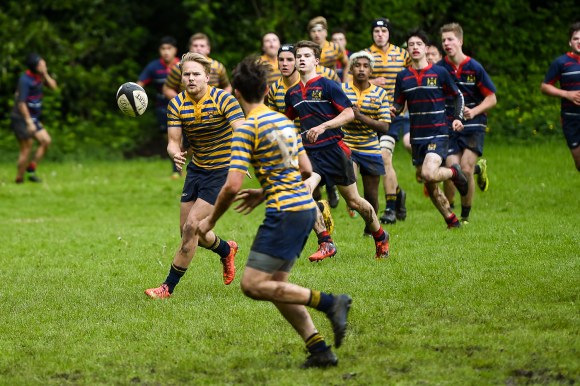 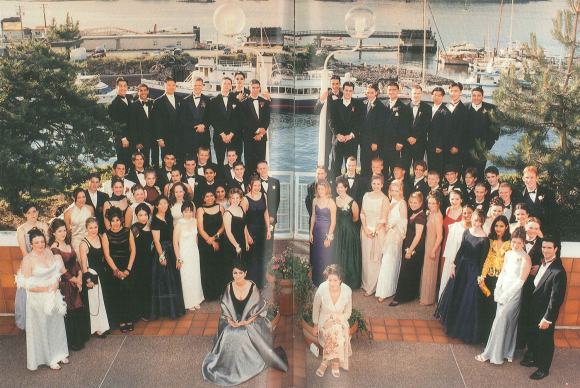 The Finance Club is a student lead club that would like to help students understand what it is like to work in the finance industry. They are looking for guest speakers to share their experiences on May 31st, September 20th and October 4th and 18th.

This is a wonderful opportunity to share your wealth of knowledge with the Collingwood community.

If you are able to speak on any of these dates, please reply here: